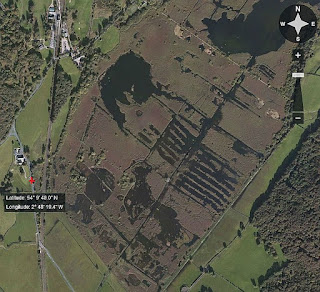 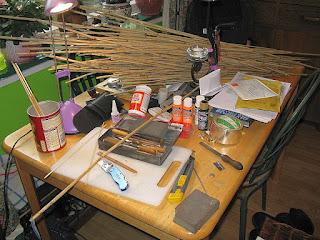 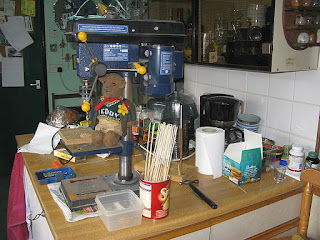 then back to the front room 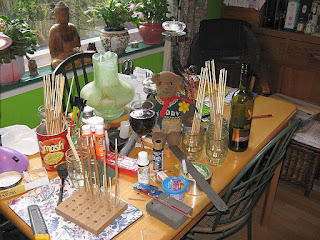 the Bamboo tips and stem glued in with Super glue 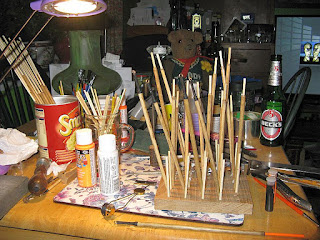 came up with a Mk2 mod for the holder 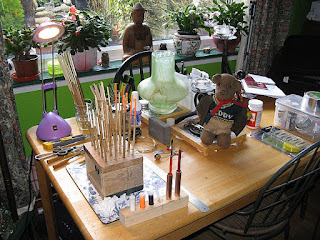 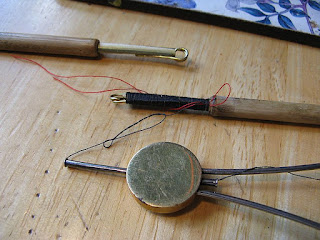 painted the tip with Acrylic white then x2 coats of Fluorescent Orange then painted the whole Float with clear two part Epoxy, 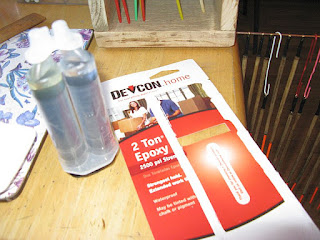 it said 30 minutes working time but after 5 minutes it was like trying to paint Snot so I only mixed a little
and painted them x4 at a time any left over, painted on the next eye whippings to give me somewhere to hold when dry 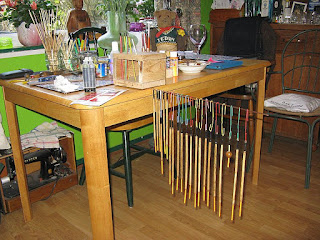 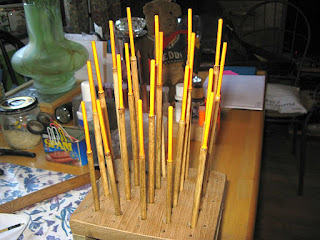 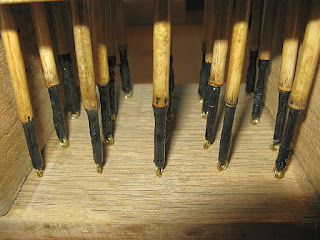 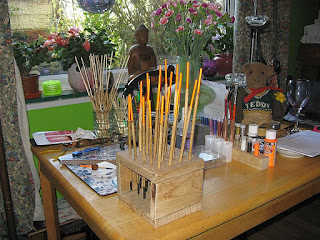 While making these I found an Oak gall and made one out of it, it turned out well so :-
I went out on an ‘Oak Apple’ expedition and managed to find some down the old disused railway line and seen as this was near the ‘Punchbowl Inn’ sat out in the sunshine for a few pints and a pipe thinking about making the eye whipping easier. Back home and down to the Shed and a route in my ‘scrap (it’ll come in handy one day) bin’ then out with the welder to make :- 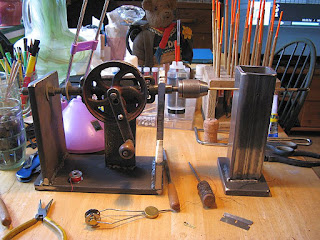 lots of control being hand turned 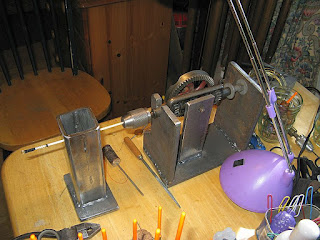 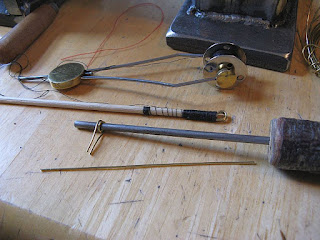 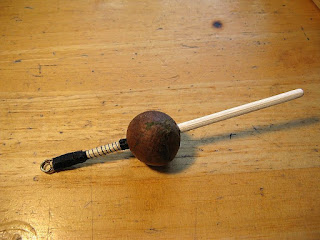 with it threaded through the Oak apple I used the 'tail stock width of 2" to cut the extra Bamboo off then a drop of Super glue, a coat of white Acrylic and two Orange, it was then coated with two part clear Epoxy, as the Reed Floats 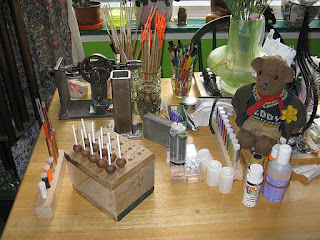 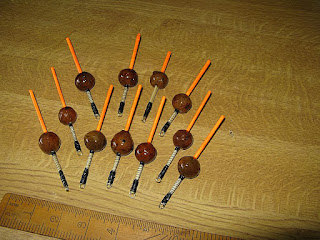 It lends it's self to doing some fancy whipping to re-enforce the Reed floats, here's one waiting to be painted orange then this time I'm going to try Yatch varnish as the top coat instead of Epoxy 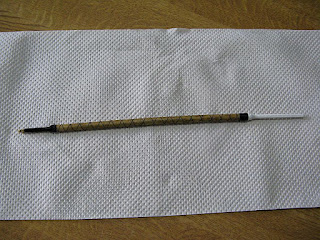