Well no comments and less than 10 views world wide for the last Blog post brings to mind Oldmortality's comment for :-
http://teddytourteas.blogspot.co.uk/2014/04/fill-in-sunny-day.html
Oldmortality 16 April 2014
That's all very well, Danny, but i've told you before that what the public want is stats (distance, height,average speed, calories expended,inside leg etc) and details of the overpriced designer clothing you were wearing
Now, personally, i thoroughly enjoyed it,and will read it again and perhaps follow up some of the references.
QDanT 16 April 2014 at 18:11
I still carry a tin of dubbin and an old tooth brush in my pocket and at any handy spot,
stile, boulder, tree stump I'll give the boots a larup
keeps them waterproof - top tip Eh ?

I certainly miss 'Oldmortality' the Blog world is just not the same without him ! 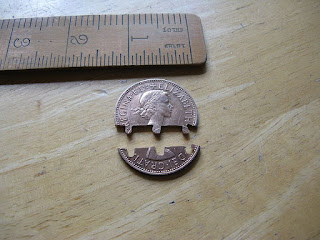 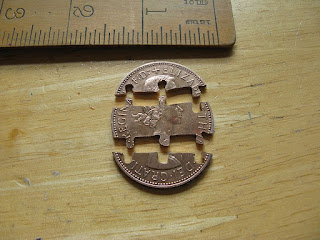 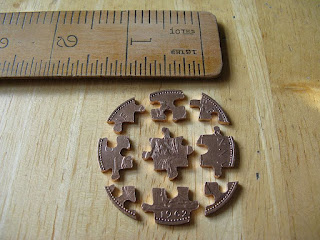 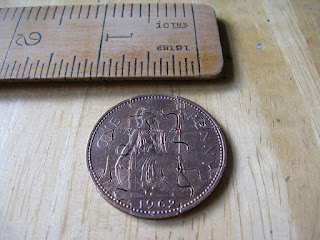 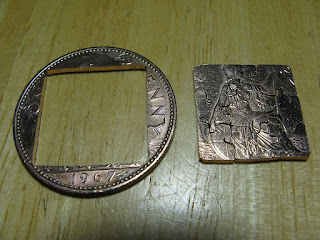 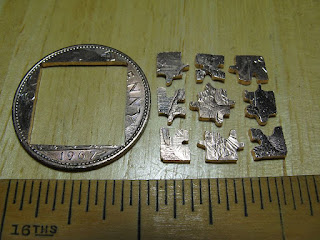 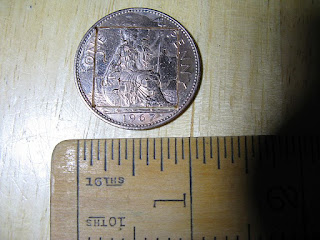 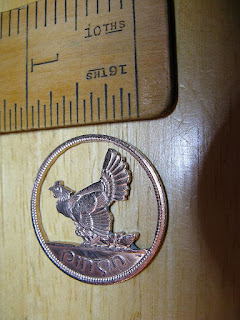 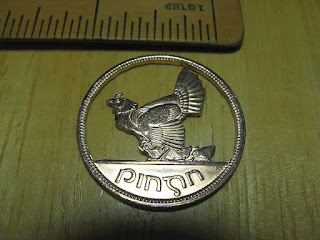 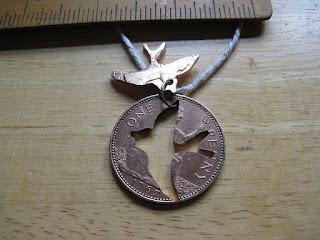 I had the idea of sawing a 1942 penny into a jigsaw for Brendas 75'th birthday in a few weeks, so I bought a Jewelers saw 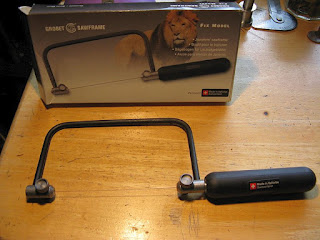 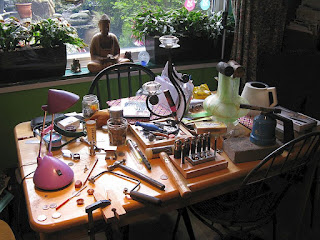 I have a tin of old pennies and 1/2 pennies in the shed mainly being used for washers with a hole drilled in the middle. I hold the penny with one hand over the 'V' notch clamped to the table and saw free hand with the other. I started off with x9 pieces to learn how to saw, as the blades are about the thickness of a hair and snap if you look at them, but with a good hand-eye coordination and plenty of Patience ! it's easy enough. 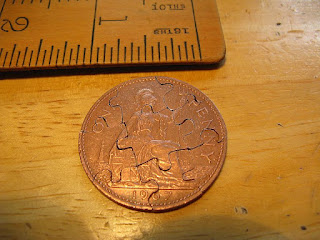 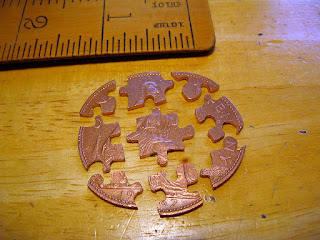 I don't think I'll go any smaller than x25 pieces though as it's hard to build the jigsaw with them afterwards. Round the edge is OK but there's not enough pattern on the others to follow. I found it harder than the cutting. 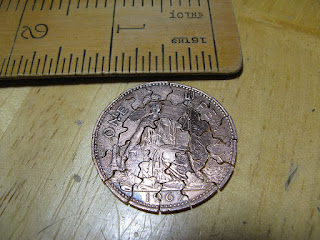 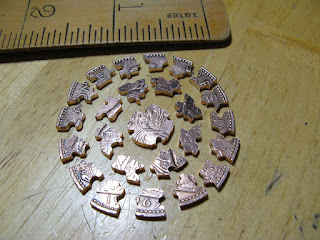 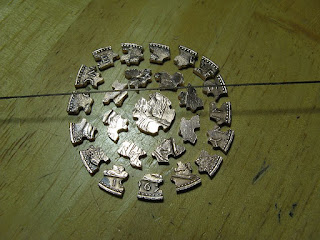 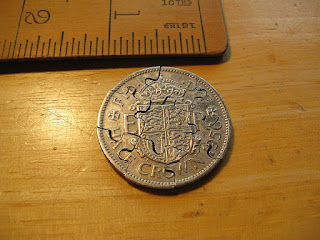 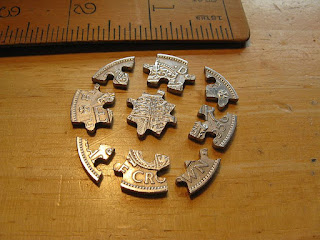 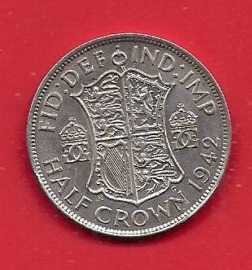